Can Learner Drivers Go On The Motorway?

Can Learner Drivers Go On The Motorway?

You can now learn to drive on the motorway

Today marks one year since the rules changed to allow learner drivers to practice driving on motorways, with a driving instructor.

The changes were brought in to help give learner drivers the opportunity to get a broader driving experience before taking their driving test and improve their confidence driving on the motorway unsupervised.

Call us on 01865 722 148 or message via the online Contact Form to schedule your driving lessons in just a few seconds.

By now, for many of you the prospect of taking a learner on the motorways may not seem that special anymore. In fact, it will probably be another key milestone to tick off for driving on high speed roads to prepare another learner for a lifetime of safe driving.

It’s a credit to the ADI industry that so many of you have taken this major change in your strides and adopted it as business as usual. There haven’t been any reported incidents involving learner drivers on motorway since the changes were brought in last June 2018. This didn’t come as a surprise to me given the professionalism of the industry and your drive to find ways to improve the standard of driving for learner drivers and help them be better prepared for a lifetime of safe driving.

The Government have asked for feedback from Approved Driving Instructors around the UK to let them know what they thought about the changes, how they have implemented them, what your pupils thought and any challenges. Here are a few of the responses:

“Immediately the rules changed (and before) I discussed the benefits of having a motorway lesson. All of my previous test pupils have been very keen to have the opportunity to drive on the motorway.   Being in Cambridge, the M11 is not quite as notorious as the A14 but we have had lessons lasting 2 hours to ensure M25 experience as well.

“In Hartlepool we are a good 30 minutes from the motorway but I have still been able to deliver over 20 separate lessons on the motorway. A1m to be precise.

Although this is not a smart motorway and I have been unable to let my pupils experience this side of the experience, all my pupils have expressed increased confidence at the thought of journeys involving motorways once they pass. All of them have also found the motorways much easier than the use of dual carriageways where more hazards tend to appear.

“All-in-all using the motorways has proven a rewarding and positive experience.” 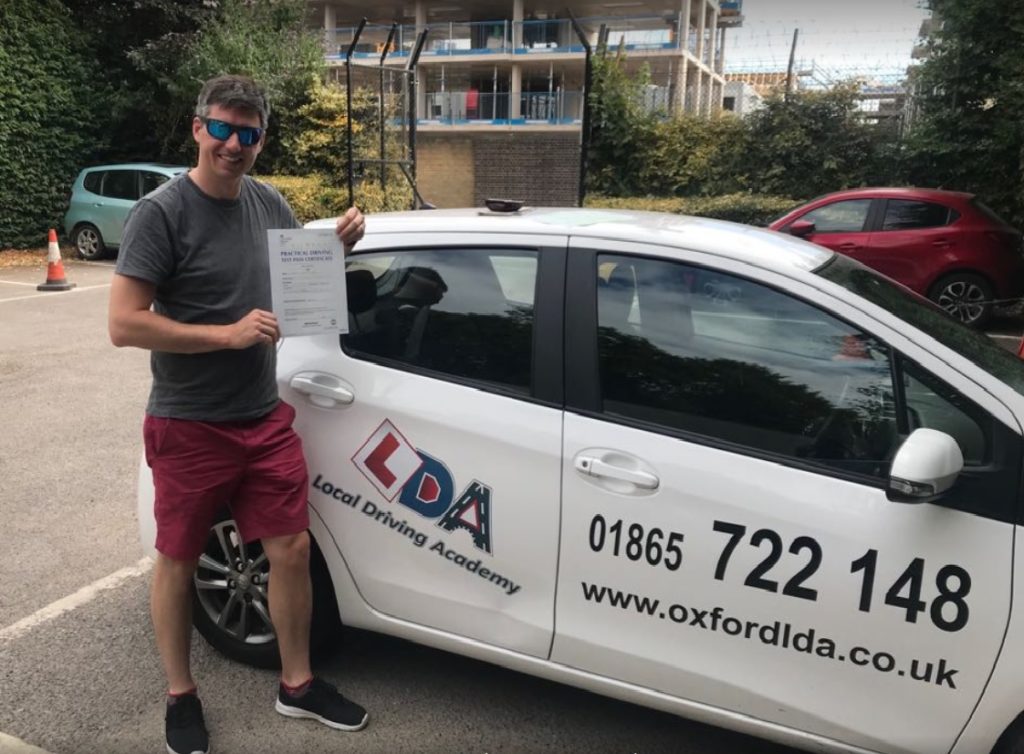 The aim of allowing learners on motorways was to help reduce the number of novice drivers involved in incidents on high speed roads,  and we won’t have these figures until the 2018 casualty statistics are published later this year.

We should remind ourselves of why we wanted to allow learners on to motorways – they are after all amongst the safest of our roads. I think it important to remember the role an ADI has in helping a new driver in become a safer driver; encouraging learners to learn how to drive on a motorway with a professional instructor as part of their continuing lessons and development as a new driver.

In this blog post, guest author Finbar King tells us a bit about his experience driving on the motorway for the first time. Finbar is AA president Edmund King’s son.

Being one of the first learners to drive on the motorway

With the new rules coming into force at midnight on 4 June, my dad and driving instructor Mark hatched a plan that involved me driving onto the M25 at seconds past midnight – how exciting!

The countdown to midnight

To start with, we did a couple of practice runs up to the large roundabout next to the M25 which we timed. Then, at a couple of minutes to midnight, I set off in my instructor’s car with my dad in the back filming.

We decided that depending on the timing I would either do one or two laps of the roundabout while waiting for it to turn midnight. As it happened, one was enough and off I drove to join the M25 seconds after midnight.

How I found my first motorway drive

As it was only a few minutes past midnight, it wasn’t too busy as I joined the motorway. I’d driven on quite a few dual carriageways before so I wasn’t too nervous about joining the fast-moving traffic. I felt like this helped really prepare me for motorway driving.

My first drive went really well, although my instructor did have to tell me to slow down as my speed began creeping up at one point. My dad then sent some of the coverage to a journalist and pretty soon the whole video and photos appeared on the This is Money website, which was pretty surreal.

Following the success of my first motorway drive in the early hours of the morning, we met a film crew from ITV’s Good Morning Britain who wanted to film me live on the motorway. They set up cameras on the windscreen and the reporter squeezed in the back. I was glad that my dad told them not to interview me while driving, as it was quite a nerve-wracking experience!

This time it was M25 rush-hour with many more trucks and cars – the normal heavy Monday morning traffic! I felt I did OK, but I’m glad I’d experienced the drive with just my instructor first.

Some of my schoolmates told me later that the presenter Piers Morgan had said I looked scared and this was an accident waiting to happen. But what does he know?

My instructor Mark definitely made sure I had enough practice before we even thought about driving on the motorway.

“I think the change in the rules for learner drivers is a really good idea and I think that every learner should have at least one motorway lesson before driving on the motorway unsupervised.”

Finbar continues: My first experiences of driving were on our family holiday in France or Spain, go-karting. The most exciting place was racing on the main go-kart track adjacent to the famous Le Mans 24-hour circuit in France. I normally did OK and sometimes beat my dad who can be very competitive!

The only other driving I had done was at the Silverstone Classic a few years ago when the Porsche Circuit was opened up to under 15s. That was great fun and my parents were amazed that I could drive a car with gears after about three minutes of tuition! We also went pretty fast – or so it seemed.

Despite enjoying those early outings I hadn’t really thought much about learning to drive until other people in the sixth form started having lessons and more and more pupils could be seen studying for the theory test in the library.

As I began to approach my seventeenth birthday I thought I better do the same!

Once my provisional licence arrived in the post it all seemed a bit more serious.

My dad then set me up for some lessons. I guess I was a bit nervous before my first lesson and had to check with my dad which pedal was the clutch and brake!

But as soon as I met the instructor, Mark, he set me at ease. In fact, he even remembered me from Silverstone a couple of years earlier which was nice.

I was quite surprised what I got up to in my first two-hour lesson. In fact, I’d got used to using gears, we actually went on a dual carriageway and navigated quite a major roundabout.

I was pretty pleased when I heard Mark telling my dad that I had a good road sense and positioning, and that I’d done really well on my first lesson.

Practising with family and friends

Although my mum and dad both have pretty big automatic cars, my dad managed to borrow a Seat Ibiza which I found really good to drive and meant that I could practise between lessons with my parents.

The first time going out with my dad was a bit different to my normal lessons. We tended to stick to local residential roads close to home. There was one junction where I could practise a hill-start and after a few attempts I seemed to get it right.

There were a few things that my dad said he learnt differently. This was things like, he would change down through the gears whereas I was taught at certain speeds it is OK to go from fourth to second.

However, it was reassuring that he agreed ‘If Mark has told you that, then he is right’. He seemed pretty pleased with my progress and it helped my confidence to go driving between lessons.

After several more weeks I also started going out with my mother and fairly regularly gave lifts to my school-mates for the five-mile drive to the station. Again this gave me confidence when I heard my mates say that I was a decent driver.

When the day came I don’t know who was more nervous, my dad or me, and we were both ready far too early.

After waiting a while, my examiner called my name and asked if my instructor was there. I said no but my dad was. And that was it, the test had begun.

Once I pulled out of the car park I felt fine and the nerves died down a bit. We went on a variety roads throughout the test, including some country roads. I also had to follow directions from a sat nav.

I was then asked to perform a parking maneuver. It took me two attempts to get 100% straight which I later found out cost me a minor which was annoying as I’m a bit of a perfectionist!

The rest of the drive went okay, although I did also have to navigate a motorised lawn mower which decided to block my path on the road!

I thought I had driven pretty well but there is always that element of doubt. Did I look in my mirrors? Did I change gear at the right times? Did I take too long to overtake the cyclists?

Luckily, the examiner put me out of my misery and told me I had passed. What a relief! Both Dad and I were very pleased.

Being able to drive just makes things easier and means that in the evenings I don’t have to rely on my parents for lifts.